A Skeleton is not just a Load of Old Bones

They are not just a load of old Bones. Images of death and worms eating away at you. I know, not the most attractive image. At Halloween they are seen as a sort of joke scare. The poor skeleton represents s 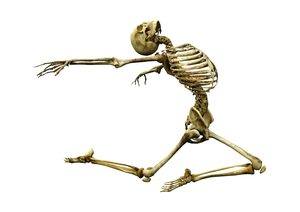 o much more. In cultures where they are venerated, they have a purpose.

They are known as Singing Bones.

The Wisdom within that sings out.

A Skeleton is considered to be the seat of the Soul.

Bones have connections to resurrection and restoration.

They are part of the Life / Death / Life Cycle and hold the possibility of re-animation.

A Seer will use Bones for medicine readings.

They are known as the basis of life.

In medicine they are indeed the foundation of our bodies. Otherwise, we would just be horribly floppy!

As you can tell, I am bigging up skeletons

The Skeleton or Bones of a thing

You need a skeleton to tell a great story, more on that later. A skeleton literally means the bare bones of a thing. In story creation writing the skeleton of the story is naming the essentials. The story shows it face bit by bit, as each scene unfolds.

That’s the skeleton. It gives a rough outline of what happens.

Each of the above points is small chapters.

From there you start to flesh it out. Use the senses to enliven the story. In each chapter you can use description, colour, texture, sounds, touch, sight, and emotions. Place the different animate and inanimate objects into your story world. As you flesh out the story, you landscape it and craft it at the same time.

How you decide to do this will be up to you

The purpose of crafting the story, the use of pace, emphasis, and pause will be part of crafting the story. The aim will be to draw your audience in. Then you take them on a journey, deliver the message, and bring them safely back to where they started. Though they will not be the same. They will have changed.

Here’s a Rattleling good celebration to the Skeleton

A Skeleton is your trusty friend. It is the grassroots or foundation of your story. It is also a fantastic way to learn the story’s arc. Additionally, use it to know where you are when you tell it.

All that remains for me to say is – May your stories have strong bones that sing out, and may you travel with wise bones that guide and inform you on your story journey. 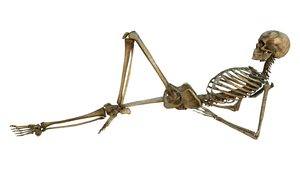 Take your Story for a Walk

Hey ho Brenda .. ain’t that the truth! I love the Skeleton and as you say – it can be used in many ways. Building a business around your story is a fantastic way to create loads of chapters and harvest many stories over time. It’s fab for marketing too. Makes it much easier.